An inverter can be explained as the brain of a solar system. The inverter manages the operations converting Direct current obtained from PV cells to Alternating current. The solar panels produce electricity in the form of direct current which cannot be used by the home appliances as they only operate on alternating current (AC). Believed to be the first type of inverters that were designed and manufactured to be used with solar systems, Off-grid inverters are considered to be a pioneer invention in the field of solar panel systems.

What is an off-grid Inverter? 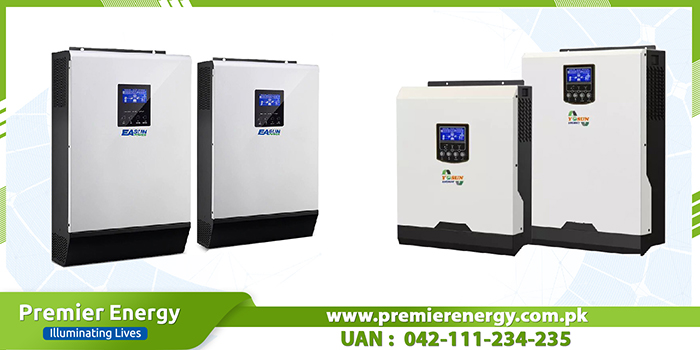 In an Off-Grid System, the solar panels generate electricity from solar radiation which is then stored in batteries. These batteries are connected to the home via an inverter. The inverter uses the current stored in the batteries in the form of DC and converts it into alternating currents which can then be used by the home appliances. The battery is used to store excess electricity for a longer period of time so that it can be used when needed either at night or in case of a blackout.

Blackouts are not an issue anymore

The off-grid inverters store their generated electricity in battery banks which can be used when needed. Unlike the grid-tie inverters which store their electricity in the utility grid and go out when there is a blackout, these systems keep on working as they have plentiful stored energy.

When you are generating your electricity and are living off the grid, you can save a lot of money which you used to pay for electricity bills.

If you are living in rural areas or remote areas that do not have access to the grid easily, having off-grid systems may prove less costly than paying for the extended line. It also allows military operations and other operations in remote areas possible which require electricity and there is no grid available.

The off-grid solar panel system allows the production of clean energy that helps to keep the environment green. They also allow the reduction of carbon footprints in the environment thus affecting overall the climatic and environmental conditions of the earth.

The initial cost of installing an off-grid solar inverter system is comparatively higher than an on-grid system as it requires expensive batteries, charge controller systems, and switches to operate in an optimum way.

The installation of these inverter systems is complex as it requires the connection of batteries, charge controller, and other connections which make it complex to install.

The storage may prove inadequate if the system is not properly designed as per the requirements of the house. This may lead to a shortage unless the system storage capacity is appropriate. Another con is that the batteries cannot store more current after they are fully charged. The excess current in this case goes to waste.

Premier Energy is an ISO qualified company, approved by AEDB to provide services to the customers. Being Pakistan’s No.1 Solar Company, we have partnered with top brands to make it possible for more people to buying quality inverters and other products at a very affordable price. We provide turnkey solar solutions, handling everything from net metering application to installation of the solar system until so you just have to sit and watch things go solar. We also offer maintenance and after-sales services because we care about our customers and are always ready to provide solutions to their problems.