Humans have evolved over hundreds and thousands of years. From firewood to fossil fuel, humans ignored environmental deterioration. With the increasing dependence on electric power, today an unprecedented demand for energy resources has been created. As we know that energy can be converted from one form to another, so to fulfill the increasing demand or energy resources, and to obtain clean energy, solar systems were introduced. Solar systems consist of Photovoltaic cells that convert energy from sun to electric energy in the form of Direct Current (DC). This direct current is then transformed into usable Alternating Current (AC) by an inverter of which the grid-tie inverter is the latest form.

What is On-Grid Inverter and How it works?

An On-Grid solar inverter is a photoelectric system that converts Direct Current (DC) obtained from a solar panel to Alternating Current (AC) which can then be used for own property and can also be fed to the electrical grid system. This electricity can then be supplied to other consumers as well. 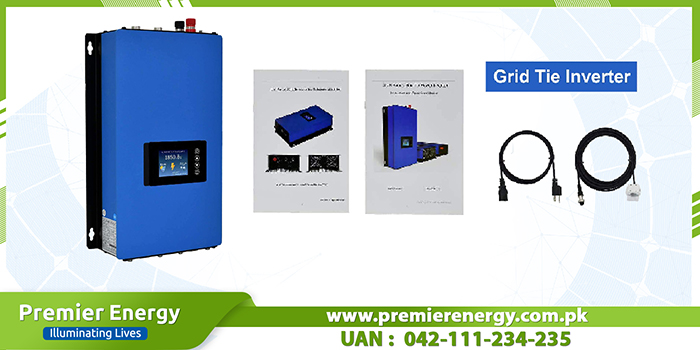 A Grid Tie solar inverter works with a net metering system. The electric current generated by the solar panel in the form of direct current is converted to alternating current of the voltage and frequency similar to that of the grid system so that it can be fed to the grid if needed. The electricity thus converted by the inverter is first used by the property owners and if there is excessive current, it is sent to the national grid which can be utilized by other consumers. The net metering system keeps the record of the electricity used by the consumer and fed to the grid. A simple formula to keep it in mind is; 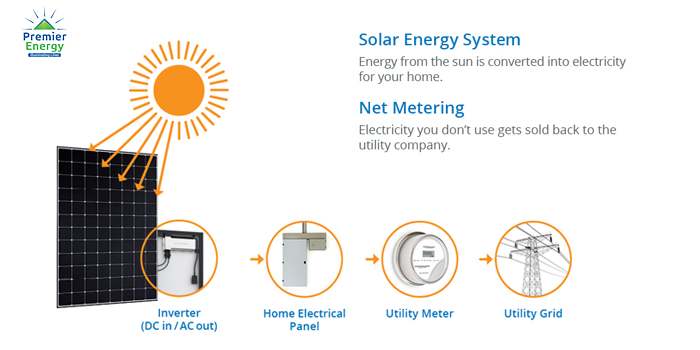 The following on-grid solar system diagram can show you how the system works:

The On Grid / Grid Tie inverter system is one of the most advanced solar systems. It is widely popular all over the world because of all the benefits it provides to the owner as well as the general public. The advantages of this system are as following:

What if there is a sudden electricity failure and the electricity is gone for a long time, what will you do?

Well, if you have a grid-tied solar system installed at your place, you don’t have to worry about such failures. You can get energy produced by the system during the daytime and when it is dark outside, you can still have saved energy in the grid system which you can use and even share with others to earn extra cash from the government.

Net metering is the latest innovation in this system which can be explained as a billing process through which you can earn money from the electricity you give to the national grid station.

Our Earth is degrading because of the use of harmful, noxious, and dangerous gases and materials emitted during the generation of electricity from non-renewable sources. As inhabitants of planet Earth, it is our collective duty to increase the use of processes and materials which are not harmful to our environment because ultimately we are the ones who are going to be affected. These on-grid solar systems are a source of clean energy which is beneficial for all the species living on Earth in the end.

Unlike the Off-Grid inverter system, this system lets the user gain more benefits in financial terms. You can save money and earn money as well with the use of On-Grid Solar System. It gives monetary advantages in two ways which are:

Pakistan has been facing an energy crisis since its independence in 1947. Unfortunately, these crises have grown to excessive load shedding and shortage of electricity for business and residential areas. The villages face even a bigger problem of shortage and load shedding which affects the GDP of our nation in a very adverse way. Premier Energy (pvt) Ltd has been providing its service with a vision to revolutionize the energy sector of Pakistan and bring its energy crises to an end. Installing grid-tie inverter in Pakistan can reap many advantages for the whole nation collectively.

Burden off the grid

When more and more people start installing an On-Grid Inverter in Pakistan, the excess energy will be transferred to the grid which will help take the burden off the national grid by self-production and supply of electricity to other consumers.

Premier Energy stepped into the market with a goal to revolutionize the energy sector. We have been working to achieve our goal with integrity, hard work, teamwork, and innovation. Deciding on choosing the right company for solar system installation is not an easy job, however, you should look for the following qualities when searching for reliable service.

Look for certifications and authorizations because they are proof of a certified service provider. We are a certified company authorized by the Alternative Energy Development Board (AEDB).

How Do They Handle Matters?

It is easy to judge a company from how they handle all the matters and run their processes. They should be working in a fashion to provide you comfort and take all the responsibilities. We handle all the processes from net metering applications to the installation of an On-Grid solar inverter so you just sit back, relax, and see things happen.

The past accomplishments of a brand is a good scale to measure their performance as most companies work on the principles they started with. We have 14% of shares in total kilowatts net-metered all over Pakistan.

Happy clients are proof of how reliable a service is and by the grace of Almighty, we have a huge number of happy clients which has led us to expand our services to 33 cities.

It is important to see if a service provider is doing the right job at the right price. Compare the prices and you will find that we provide the best quality Solar Inverters in Pakistan. Checked the most reasonable grid-tied Solar Inverter Price in Pakistan so we may achieve our target of load-shedding free Pakistan.